Several glitches can result in Yoshi warping to level 1-1. When this occurs, you start off falling in the air and must flutter around 9 times while holding right before dropping, or else you will fall too low and die. Level 1-1 can then be completed, and the game will continue on as though you had just beaten the level in which the glitch was activated.

Video: A pipe glitch (pushing down + jump together on the same frame) is used to activate a 1-1 warp, followed by 10 consecutive flutters to survive the fall. 1-1 is completed.

Theory Behind The Warp

The glitch is performed in different ways depending on which level you are in. Each glitch follows the same general format though. The area that Yoshi warps to when he goes through a pipe is dependent on where Yoshi actually is when the screen transition is triggered, and not which pipe he goes down. Thus, entering a pipe from a different position than usual can result in the game not knowing where to send Yoshi. This causes him to be sent coordinates (0,0) – the top left corner – of the default level (1-1).

Please refer to each of the individual level pages for more detailed information on performing each warp in that particular level.

Often described as "Glitched" in terms of TASing, requires emulator that allows left+right input at the same frame or a modded/broken gamepad.

This glitch can cause several interesting effects such as softlocks, glitched levels, severe lag and save corruption.

Basically where you go when performing the glitch, depends on your coin count and the level you are targetting.

Because this is based on 2-bytes, the outcomes are believed to be at an amount of ~56k.

"The Warp Glitch is the glitch that makes this possible. It works by pressing < and > at the same time in the overworld. When you then start the level, it is determined by the amount of coins you have. The reason why this happens is because the game doesn't expect you to press both directions at once.

So the game checks if the next level is unlocked (it does this by bitwise ANDing the value with 0x0F), if not it will add another value until it found a level which is unlocked (which is why the cursor goes directly to the "SCORE" button when pressed right and only 1-1 is unlocked). Since we pressed both directions at the same time x is 3 which results in $(17E182+3) = 0x06, which means it will go 6 levels forward every check (which is why the cursor goes to 1-7 when it is unlocked and you try the glitch). So now it checks addresses like: $0315, $031B, $0321 ... until it reaches $037B which happens to be the current coin value and it stops there because coin amount % 0x0F is not 0 (that is the reason something different happens if you try to do the glitch with 0, 16, 32, 48, etc. coins)."

-Masterjun describing the left+right warp in-depth in his TASvideos submission:

All levels assumed to be from new file and all coins are from 1-1 unless otherwise stated.

Levels on the world map glitch out after performing the trick (and completing the level that was warped to), and some are blank and inaccessible. This glitch is a good way to bypass levels (or go straight to 6-8 in glitched any%).

00- 1-E. Dying there and trying it again results in 0 coins warping to 1-1 if done again. If 1-E is completed, Yoshi does the animation of taking Baby Mario to 1-2, but 1-1 is not completed. 1-Bonus is unlocked, and the 1-E square is glitched. Completing 1-Bonus fixes the world map.

70- Glitched intro, Yoshi spawns in the sky. Does not appear to be a floor.

72- Glitched intro, Yoshi spawns in a dark house with light around him. Does not appear to be a floor.

75- Blank intro. Yoshi spawns in the sky of a boss room background with Kamek music playing. Does not appear to be a floor.

76- Blank intro. Yoshi spawns in the sky of a waterfall background similar to 4-2. Does not appear to be a floor. Yoshi's colors are metallic blue-ish.

77- Blank intro. Yoshi spawns in the sky of a jungle background. There is a very short drop to death, and does not appear to be a floor. Yoshi's colors are a strange green/blue/gray, and Baby Mario is purple/orange.

78- Intro is glitchy, no text and a small Raphael is visible. Level looks like the Raphael fight on the moon, but incredibly glitched and sideways. A text box appears slowly, and Raphael rotates slowly as well. A few random sprites come from the side of the screen, and the game softlocks.

79- Similar to 77 coins, except with a brown/green/blue color palette.

81- Metallic blue Yoshi spawns in a locked section of 4-4. It appears Yoshi can go back to do 4-4 normally, but appears to retain the wrong colors.

83- A yellow-ish Yoshi spawns in the middle of foam in 3-5. Being clipped into the foam pushes Yoshi left to his death.

84- A monochromatic Yoshi spawns in the sky. Does not appear to be a floor, but fluttering right results in a screen change.

85- A ketchup colored Yoshi spawns in the top of 1-1, similar to a pipe warp glitch.

86- Simliar to 78 coins. Raphael slowly rotates all the way around, looks around, and pounds. Control is given to Yoshi, and if fluttering around, the level (moon) will rotate. This spawns a bunch of random sprites, and will likely softlock the game.

87- Very similar to 86 coins, except may spawn different sprites.

88- Glitchy colored Yoshi spawns in the sky of the jungle. At least one invisible platform is located at the bottom of the far right of the screen.

89- Yellow/green Yoshi spawns in the middle of 4-6. Level appears to be normal.

90- Glitchy colored Yoshi spawns in the sky of a snow level while bonus music plays. Does not appear to be a floor.

91- Regularly colored light blue Yoshi spawns in the sky of 1-1, similar to a pipe warp glitch.

92- Glitched intro. Strangely colored Yoshi spawns in the "air" of an underwater background. Does not appear to be a floor.

94- Similar to 78 coins. A glitched Bullet Bill cannon sprite appears in place of Raphael, which wanders in a circle around the moon (or where it would be) forever. Yoshi appears to spawn on top of the level, and is able to move once the glitched Raphael sprite does. Going left causes very bright colored lines to flood the screen. Going right spawns a very glitched GOAL! to appear. Both directions cause softlocks. Yoshi can get hit by the glitched Raphael sprite, and also fall to his death. Upon death, the game asks to restart at the middle ring. A glitched orange colored Yoshi then spawns on a red coin in 1-1.

95- A glitched purple Yoshi spawns in the sky of 1-1, similar to a pipe warp glitch.

97- Glitched colored Yoshi spawns in the sky with a background of happy little mountains. Horizontal speed is low, but vertical speed is very high. The screen appears to wrap vertically a few times. Does not appear to be a floor. 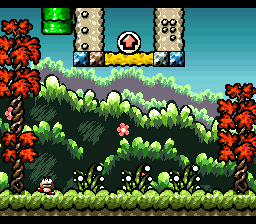 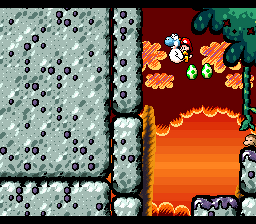 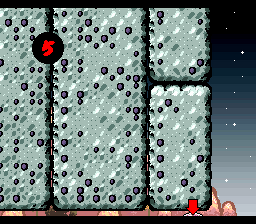 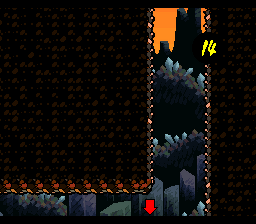 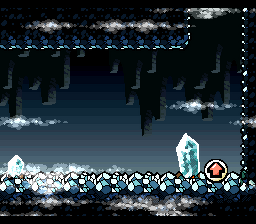 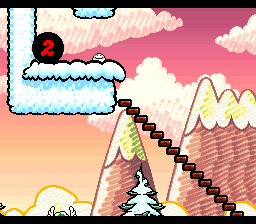 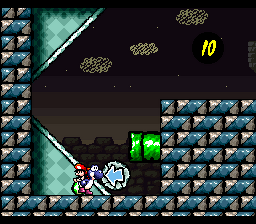 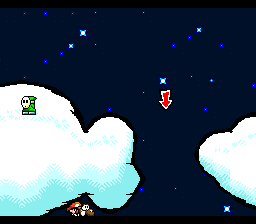 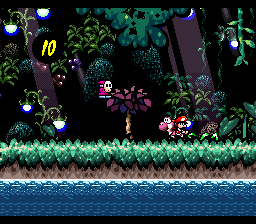 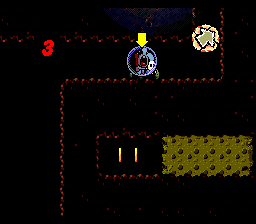 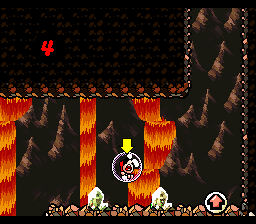 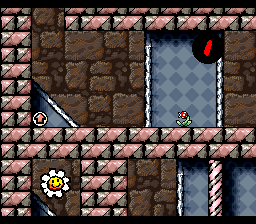 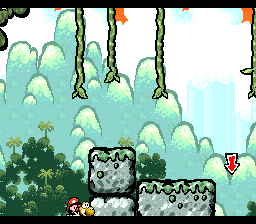 Check https://www.youtube.com/user/Stevtarr for many strats.

Community content is available under CC-BY-SA unless otherwise noted.